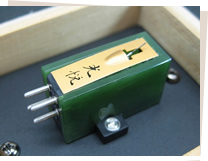 Overseas, cartridge brand of analog record playback that has gained popularity in the country or more, "Koetsu". Adopt a discerning material and complete handmade, not just sound quality, the gem of longing also combines the beauty of appearance. 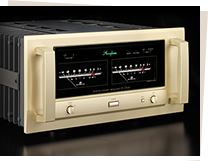 Order devoted to the pursuit of quality, without using a belt conveyor to the production line, Accuphase to pursue the essence. A high degree of processing shop only in the treatment of limited around the world for the product, the product has a philosophy to continue the long run as far as possible from the time of its founding. 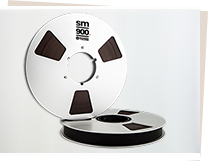 One of the few analog audio tape, "RECORDING THE MASTERS". Psychology of tape fan's think important to the sound source in the new tape. The choice, No. 7, No. 10, splicing tape, we also handle deck body. 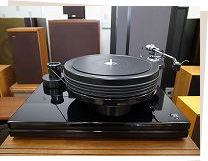 Philosophy of "get rid of the habit of the machine from the live music" that (NAS) is listed NOTTINGHAM ANALOGUE STUDIO. Exaltation able to feel that it is standing in the frontier of "silence" and "static" and "dynamic". If you listen your favorite music disc, the LP album, Nottingham analog studio, you can see the meaning. 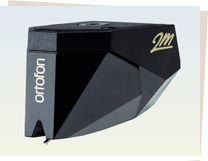 "ORTOFON" is a coined word and "orto" the meaning of the Greek word "legitimate", "genuine", a combination of the two "fon" means "sound" the same. As the name implies, Ortofon has been promoting walking and involved in the "analog sound" from beginning to end. And we continue to pursue consistently listed as a slogan itself the realization of "ACCURACY IN SOUND".